Extra! Extra! Read all about it!

Reel Paddling Film Festival complete with hot-buttered pop-corn and bagpipes presented at Red Dog Creek campsite, Keele River, NWT. A screening that won the award for the most enthusiastic audience in the history of the festival. A Canoe North Adventures first in twenty-five years to have a movie playlist on a gravel bar! Movie watchers were enthralled!

Bill Buxton along with his two sons, Adam and Blair, and son-in-law, Charlie, smuggled a tiny projector, a set of miniature speakers and a memory-stick loaded with five short canoeing films from the Reel Paddling Film Festival with the blessing of Scott McGregor at Rapid Media. Bill was aware that Canoe North Adventures was a leading sponsor of the festival and was determined to show the festival in the most remote, wilderness setting ever!

One glitch Bill had not considered was the lack of darkness in the far north so the “cinema” tarp had to be clad in sleeping bags and therma-rests! Piper, Helen Batten called the festival goers to the world-premiere arctic screening by, you guessed it, a bagpipe march! The sold-out screening (the make-shift theatre seated 14) was picture perfect!

After the show, the paddlers’ eyes shone with excitement and ideas danced in their heads. The next day their paddling was inspired! They met a couple of caribou downstream who said how much they had enjoyed the movies … gave them a new appreciation for canoes on the river! They mentioned a couple of bears had said they enjoyed the night as well, especially the hot-buttered popcorn! Hurray for innovation on the river!  The End. 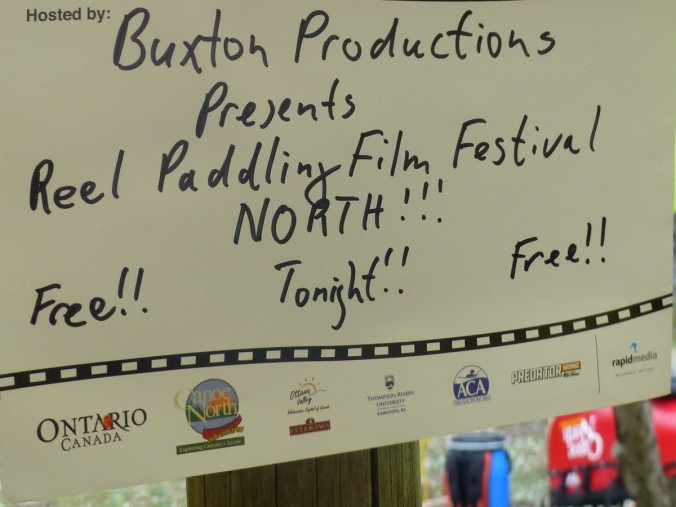 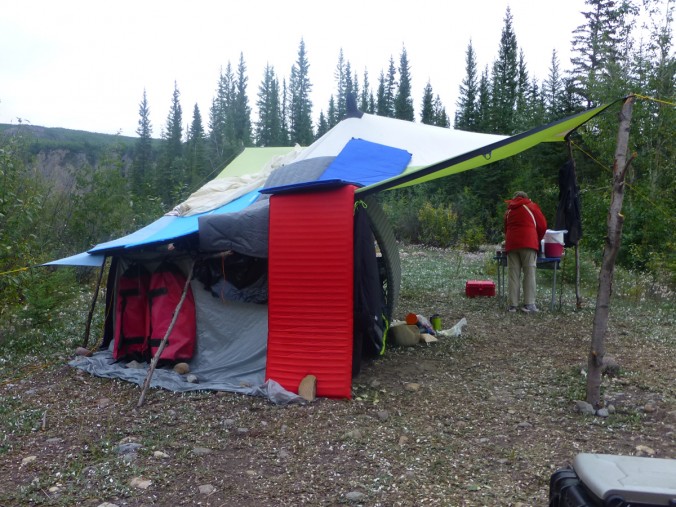 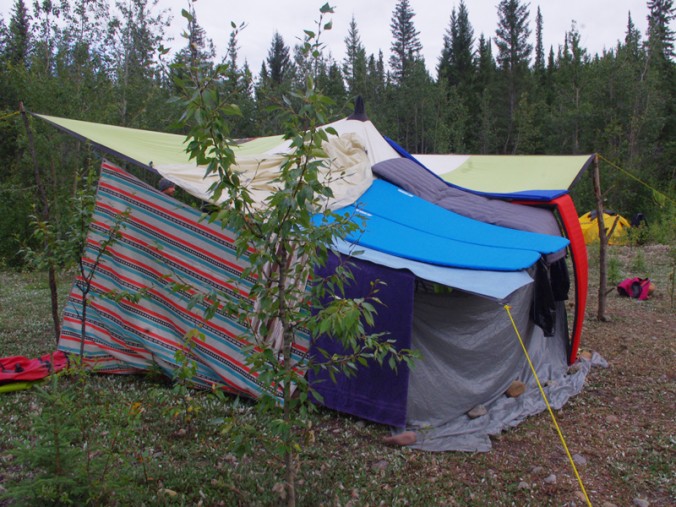 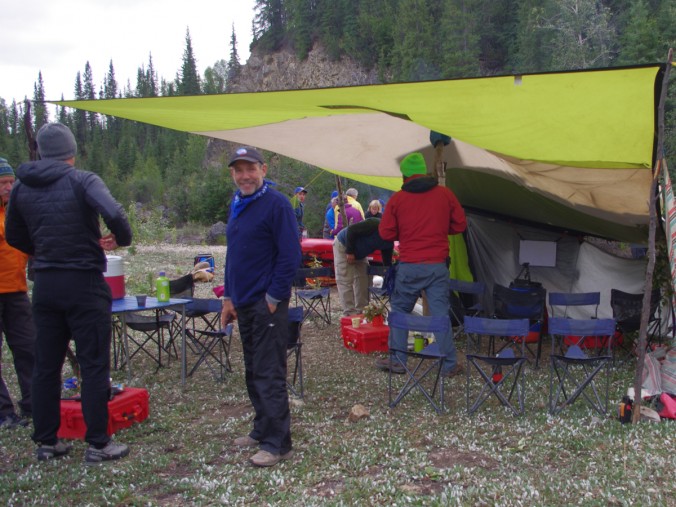 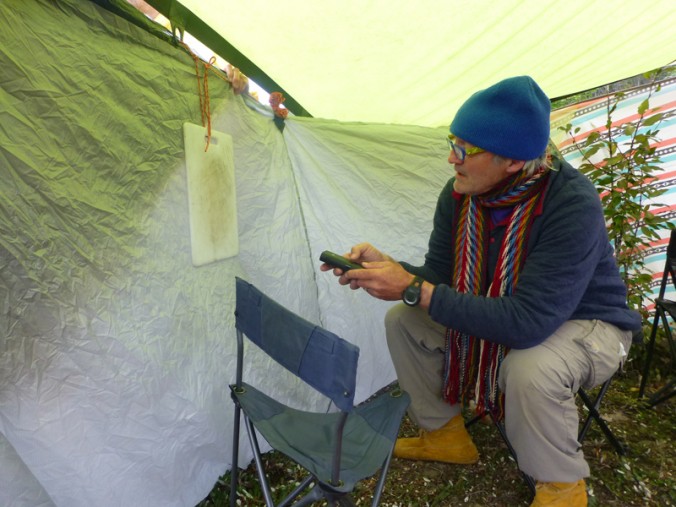 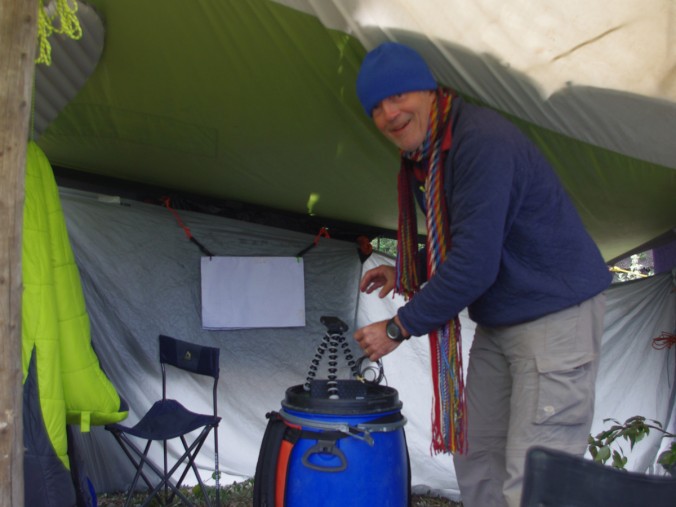 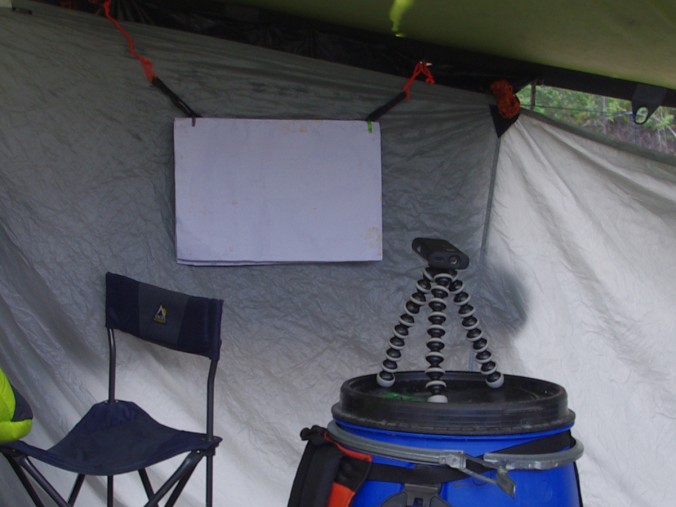 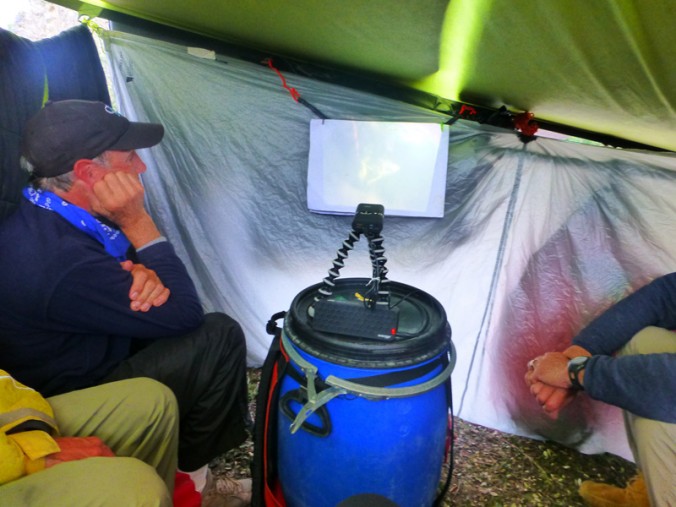 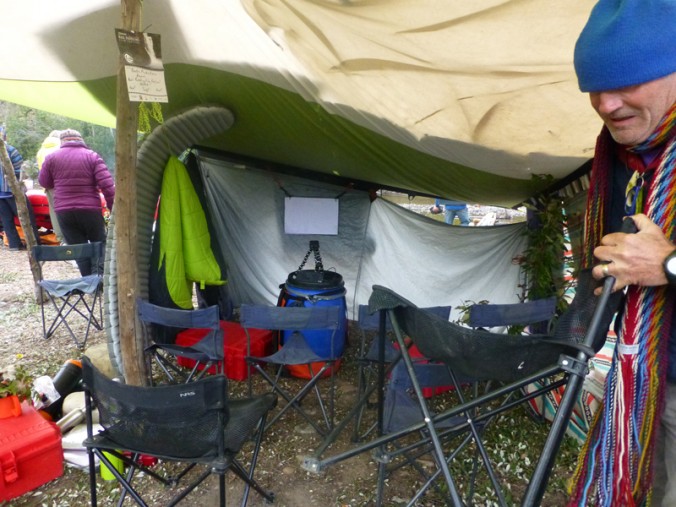 Brothers send rock across Keele with trebuchet made out of driftwood!