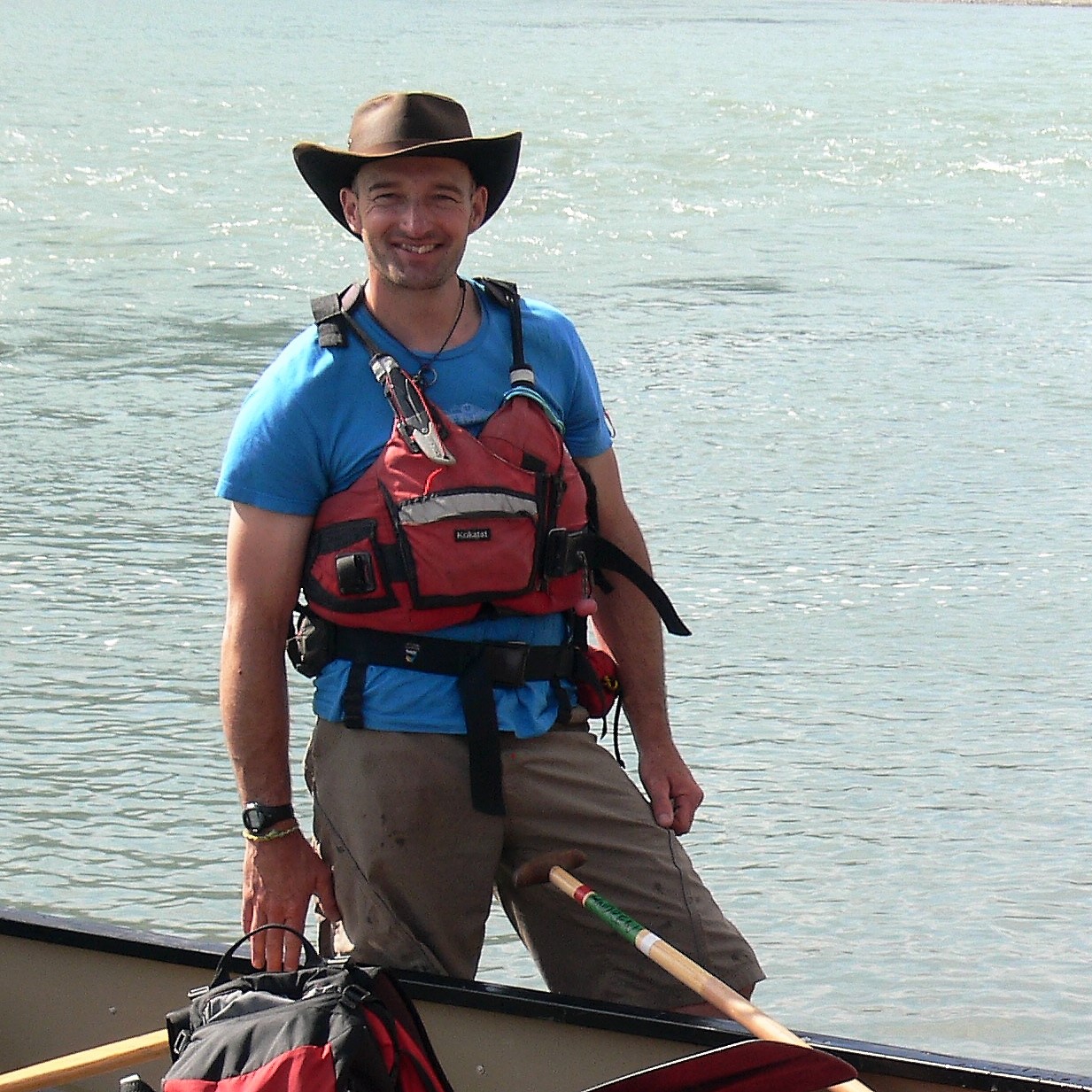 Andrew was born in England and came to Canada in the summer of 1997. The move has worked out very well for him and he became a Canadian citizen this spring! He has been  guiding white water rafting in Canada since 2001, first on the Thompson and Fraser Rivers and now on the Kicking Horse River. This is Andrew’s second summer with Canoe North Adventures and he is looking forward to paddling the Keele River again!

Andrew has guided rafting in Canada, Australia, Italy, Cost Rica and Chile. In the off-seasons, he teaches scuba diving, sailing and rock climbing. He’s a keen mountain biker and skier and an aspirational guitarist.